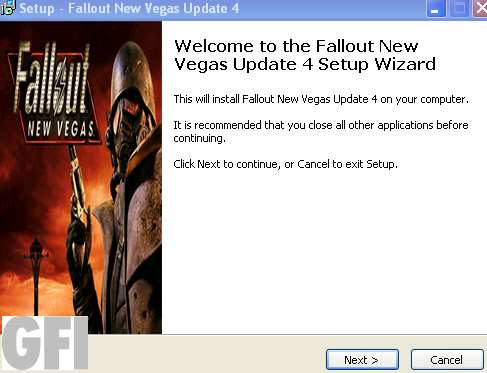 Sometimes, a piece of software is released with a couple of bugs.

More often than not, videogames hit the shelves with a ton of the things – and since console games can be patched / updated just like their PC counterparts, the old days of “get it right first time” are fading fast.

Every now and again, a title comes along that is so stuffed with glitches and bugs you may wonder how it managed to escape the testing labs. Despite being a wonderful game, Fallout New Vegas is one such title.

Here’s a list longer than your arm of bugs, gitches and fixes. Here’s a Top Ten collection of Youtube videos highlighting said problems. I myself have experienced very strange things, and no doubt quite a few of you out there have similar tales.

What this means is we have a great target for scammers to take advantage of: frustrated gamers hungry for a game fixing patch (or twelve).

The Torrent includes four files – an MSInfo file containing details of the “update”, the update itself which weighs in at 216MB and two smaller executables. 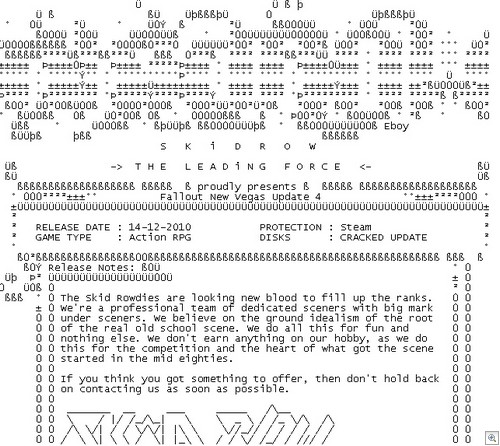 While there’s no way to know who infected the file, it certainly sounds tempting to anyone having problems with the game.

This is what it claims to fix:

Fixes following quests: Ain’t that a kick in the head, by a campfire on the trail, they went that a way, my kind of town, boulder city showdown, ring a ding ding, king’s gambit, for the republic part 2, render unto caesar, et tumor, brute? The house always wins, wild card, beyond the beef, Gi blues, How little we know, oh my papa, Still in the dark, you’ll know when it happens, arizona killer,  eureka, veni, vidi, vici, all or nothing, no gods no masters, birds of a feather, i put a spell on you, come fly with me,    that lucky old sun, don’t make a beggar of me, the white wash, ghost town gunfight, restoring hope, bleed me dry, aba daba honeymoon, tend to your business, wang dang atomic tango, flag of our foul ups, debt collector, talent pool, left my heart, someone to watch over me, hard luck blues

In a nutshell, it pretty much fixes the whole game. Humorously, the above hasn’t been put together to fool end-users into downloading a “magic patch” – it’s actually a genuine update(!)

The two small files are the New Vegas launcher and the New Vegas executable – both of which appear to be the real thing and non infectious. 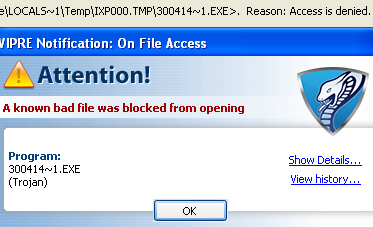 It appears we have Alureon in our midst, and Alureon isn’t a particularly nice thing to have on your PC – username / passwords and credit cards are fair game, click fraud is a possibility and that’s before we get to the rootkit aspect.

You can witness someone having a bit of a nightmare post infection on a Swedish help forum – not a situation you really want to be in.

The file dropped by the update is doing well in terms of VirusTotal scores, with a 35/42 detection rate, and we detect this as Trojan.Win32.Generic!BT. You can see some information on staying safe with torrents on the InfoCarnivore website, although as this game update appears to be a designed for users running cracked versions of Steam games you’re sailing close to the wind in terms of “What did you expect”?

Ladies and Gentlemen, Alureon has left the building. Hopefully it won’t be back for a while…

Christopher Boyd (Thanks to Adam Thomas for additional research).