URL-shortening site Bit.ly appears to be effectively filtering the links in what remains of the “free iPhone” spam surge on Twitter. Also, the number of spammed Tweets is far lower today than yesterday when we found a rate of over 1,300 per hour.

It is not known why the thousands of Twitter  accounts are sending out the spam, but we found a least one Twitter user yesterday complaining about his account or machine being hacked. 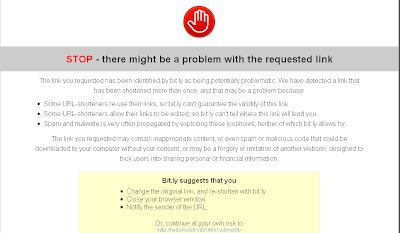 Those who received the Tweets and followed the links were taken to pages on Adserve (dot) rewards-confirmation (dot) com or progressiveemail (dot) com that offered a “Free Apple iPhone 4G.” However “testing & participation required.” 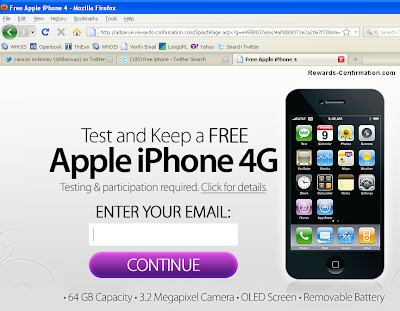 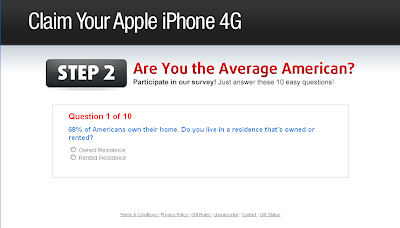 (Click on graphic to enlarge)
And then were required to take a survey.

And then go through 20 screens of offers for subscription services.

And then see more screens of offers.

Subscribing to the required nine of them would probably cost you much more than an iPhone. 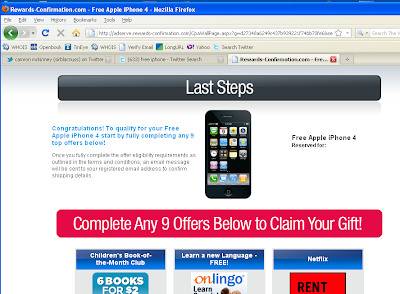 Although there was no evidence of malware on the vast number of pages, the process does require you to enter you name, address and phone numbers.