I’m a little late on this one but wanted to get something up.

Yesterday, a botmaster was busted. But this one is close to home: He was allegedly behind the DDoS attack on CastleCops earlier this year. 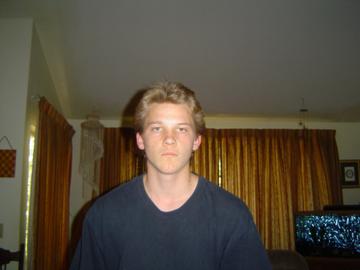 (Photograph taken from a Yahoo Member Directory, which appears to match the description in the DOJ press release below.)

United States Attorney McGregor W. Scott announced today the arrest of GREG KING, 21, of Fairfield, California, and the unsealing of an Indictment returned on September 27, 2007, charging KING with four counts of electronic transmission of codes to cause damage to protected computers.

This case is the product of an extensive investigation by the Federal Bureau of Investigation.

According to Assistant United States Attorney Matthew D. Segal, a prosecutor with the Computer Hacking and Intellectual Property section of the U.S. Attorney’s Office who is handling the case, the Indictment alleges that KING used a “botnet” to attack computer servers. A botnet is a network of infected computers that, unbeknownst to their owners, are compromised by a hacker and programmed to respond to a hacker’s commands. The infected computers are referred to as “bots,” “zombies,” or “drones.” According to documents filed with the court, KING allegedly controlled over seven thousand such “bots” and used them to conduct multiple distributed denial of service attacks against websites of two businesses. In a distributed denial of service attack, a hacker directs a large number of infected computers (“bots”) to flood a victim computer with information and thereby disable the target computer. On the Internet, KING was also known as “Silenz, Silenz420, sZ, GregK, and Gregk707.”