The mid-series finale for Doctor Who (“A good man goes to war”, fact fans) is rapidly approaching, and big plot twists means lots of sites trying to take advantage of early spoilers. Oh, and making some spare change at your expense too. 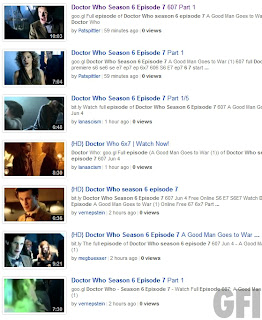 If I were a betting man, I’d be putting lots of money on the fact that none of the above sites actually contain “A good man goes to war”, but instead pop survey questions followed by random link dumps. Like this, for example: 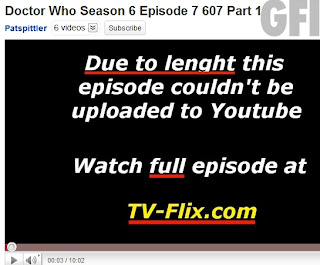 Yeah, you have to watch out for videos having “lenght” problems. Visit the site, and you can expect a content gateway and a collection of surveys to pick and choose from: 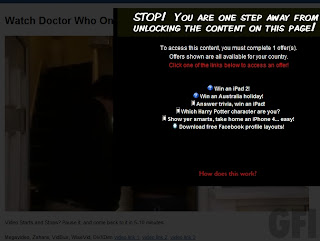 All you’ll get for your trouble is a lack of good men going to war, and a drastic increase in sites that look like this: 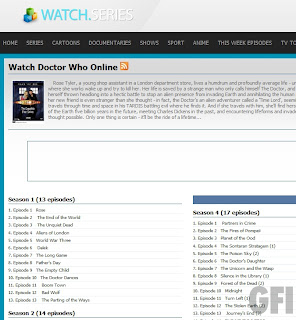 This isn’t the first time Doctor Who has been a magnet for scams – the same thing happened when the last series finale was due to air. There was also a bit of an issue with various Doctor Who games doing the rounds, too. As always: avoid. Everything we’ve seen so far is the usual fake video / survey nonsense, but there could well be Malware in the offing between now and Saturday. As the Doctor himself would say…