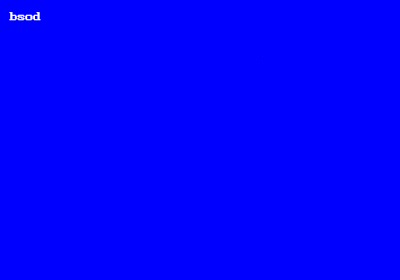 Researchers at the SANS Internet Storm Center have reported finding exploit code that will crash Vista (SP 1 & 2) and Windows 7. It also could affect Windows Server 2008. The vulnerability it exploits is in the Windows Samba file-sharing mechanism.

A malicious agent need only send one malicious packet to a machine through port 445 to bring on the BSOD, they said. Port 445 is used for file sharing.

Obviously, a work-around is to shut port 445 at the firewall.

Since home users are inclined to use file-sharing and not to have firewalls, there are a lot of vulnerable machines out there. The vulnerability can be used for denial-of-service attacks at this point, but those rarely make money. We can be sure the dark side is working hard to figure out how to “monetize” it.