I suspect quite a few people in the malware research space got pretty unnerved when they first saw Offensive Computing’s site today: 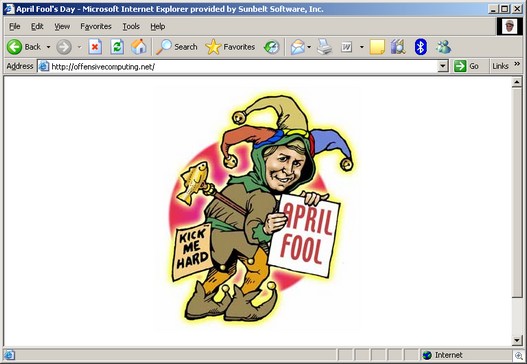 In case you don’t recognize the image, that is the exact image you get right now when going to a storm worm site. In fact, the source on the site is identical to the source used in the storm sites.

But, of course, it’s a joke. The exes pushed on the site are harmless. Worse, it’s a rickroll — there’s a link in the binary to a Rick Astley video.