It seems the last week or so has been a fun time to promote not only the World Cup, but also various bits of software you might not want on your PC. Here’s a collection of Shakira uploads on Youtube, all related to her “Waka Waka” song created for the World Cup: 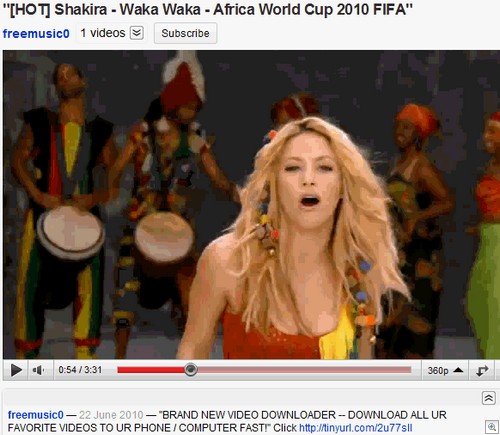 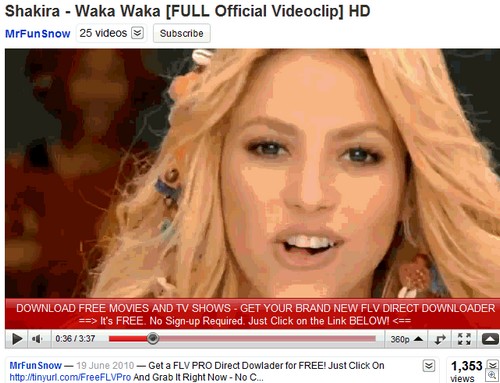 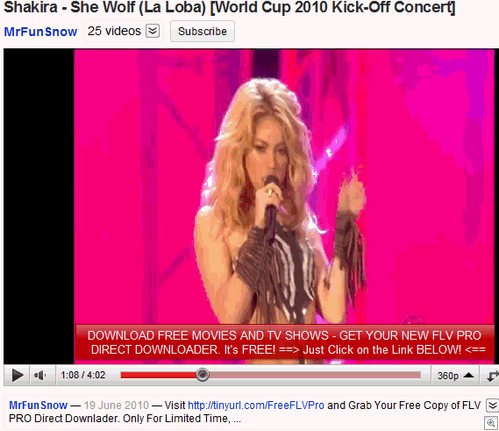 As you can see, there’s everything from the official video to ripped copies of her performing live. There are many more of these videos floating around Youtube, but all of them point to flvpro(dot)com and ask you to download “free movies and TV shows” with the aid of their “direct downloader”.

What happens when you try to download the executable from that site? 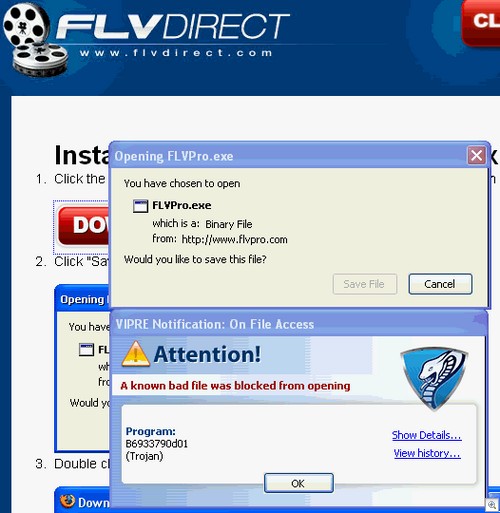 It wasn’t so long ago that there was a “hilarious video” scam on Facebook – recognise the filename?

Be careful when rummaging around sites such as Youtube for World Cup related songs, replays and things of a similar nature. You won’t have any problems as long as you stay on the site playing the video, but wandering off into the wide blue yonder could mean an early substitution and a PC full of junk.

Nobody wants that, do they?