Fake program trading is a popular way to spend time on hacking forums. An endless stream of wannabe hackers want to get even with somebody, or take over a specific account but don’t have the technical skills to create a convincing looking application and get the job done.

What do they do?

Trawl around on forums looking out for “fake program collections”. These collections take the form of ready-made (fake) programs, designed to fool the end-user into thinking they’re doing something useful. In reality, the program will just infect the user and send their data back to base / lurk in the background / cause a small fire that becomes the biggest story of the year on local TV.

The difference between these programs and those already out in the wild is that they come free of any infection – it’s up to the recipient to add that malicious aspect further down the line. Think of the fake program collection makers as artists, plying their trade in return for forum reputation points instead of a nice exhibit in a gallery somewhere.

The problem is, these things are so widespread now that every wannabe on the block can now have their shiny looking infection file made to order. Some hackers have effectively “retired” from infecting people and spend their days making fake programs for reputation points and the occasional sum of cash. Does this increase the number of people getting involved in infection spreading? Possibly – it certainly doesn’t help reduce that total, at any rate.

Previously dumps of fake collections I’ve seen tended to pan out at around ten to twenty fake programs in a bundle, max. Today I came across a huge haul of around 150 fake programs, ready and waiting to be bound to something nasty. 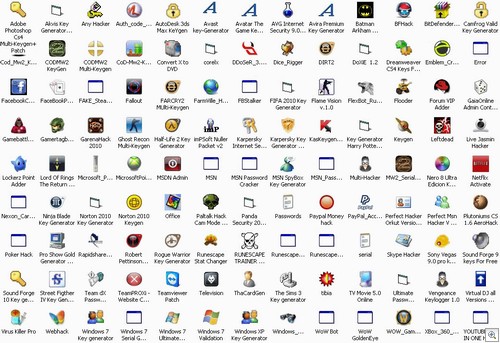 As you can see, there’s something for everyone in there. Fake Xbox point generators, lots of videogame keygens, “cracked” versions of editing / multimedia software – even something that fails to load but still manages to play the Super Mario Bros theme tune in the background. As you might expect, the “convince me” factor of some of these programs leaves a lot to be desired but these three particularly stand out for various reasons. 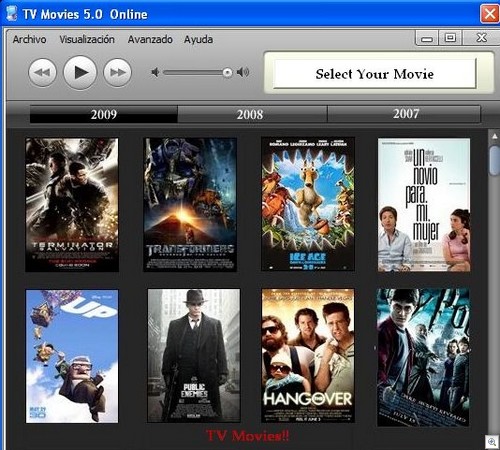 Well, that’s pretty convincing. Numerous (recent) movies highlighted, a tab bar going back to 2007, volume and control buttons at the top….someone desperate to see a film may well fall for this. 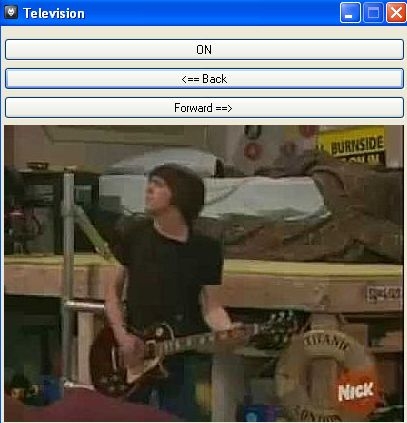 Well, this is underwhelming. The supposed “TV” aspect consists of two static photographs that you can flip back and forth – I’m not sure anybody would bother to bind anything to this apart from a self destruct switch but you never know. 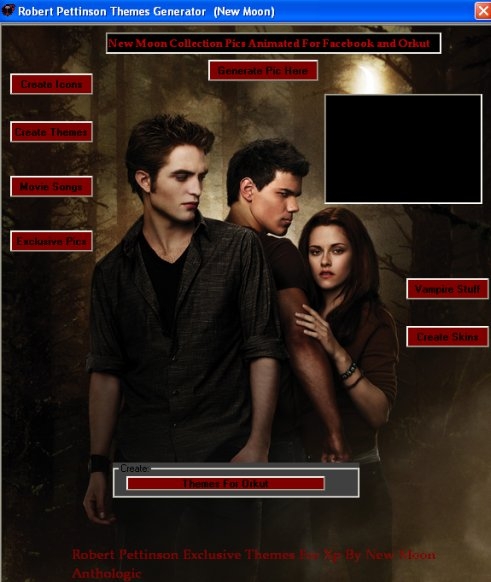 You just can’t get away from that film, can you?