We’re seeing a link doing the rounds on Twitter that you may want to avoid. I was a bit surprised to see the following pop up on the feed of artist Dean Trippe:

According to the Bit.ly statistics for that link, so far it’s gone out around 198 times since the middle of December. Having said that, the stats might need updating because here’s a live view of the link being sent to all and sundry. Screenshot for posterity: 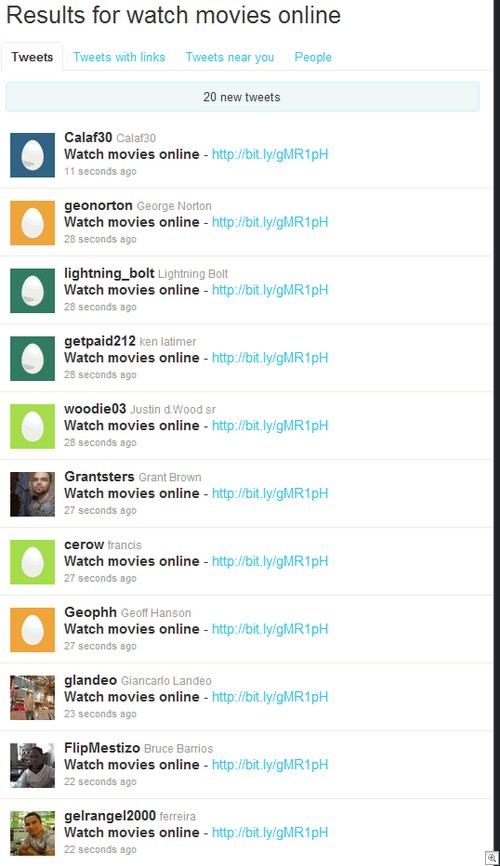 It takes you to hdrollyvideo(dot)co(dot)cc/9/ which forwards the user to rolly(dot)com, a website asking for subscription fees in order to watch movies online.

The site says you can get a month long subscription for $39.90 USD and access a database packed with 10,000 movies (including many which are only just popping up in movie theaters….hmmm), but let’s take a look at some feedback before getting our wallets out:

Web of Trust: Some terrible feedback here, everything from “hacked Twitter accounts used for spam” to someone who apparently paid only to get “five pages of html” back in return.

Complaints galore: people who signed up and are looking for refunds but can’t get hold of anybody, cards charged before the “trial period” expires, movies downloaded in English but playing in Spanish…oh boy.

Granny gets charged for a trial: Ouch. Not only that, but she seems to be having problems stopping them from taking repeat payments.

You know what? Just go the cinema and give this one a miss. Given the complaints seen so far, your wallet will thank you for it…