As a follow-up to my post this morning on Adult Friend Finder’s settlement with the FTC (where I pointed out that a significant problem with AFF is its affiliate channel), we have these two comment spams that appeared on my blog just this morning (thumbnailed due to graphic content):

So what is ourfriendfinder? It’s an affiliate of AFF. And the ad on that page is decidedly not even PG 13. It’s practically X-rated. 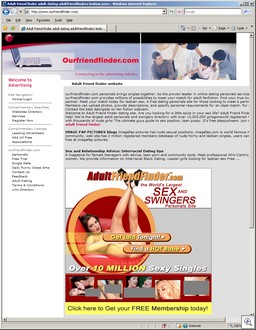 Incidentally, that ad is being served by AFF (from adserver.adultfriendfinder.com/banner.cgi?lang=english&size=500×500) 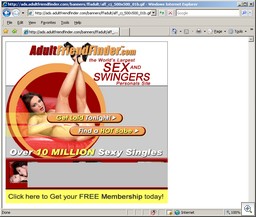 So let’s go back and look at the FTC settlement:

In these two cases, these were comments spammed on blog posts certainly not providing “sexually explicit content”.

Well there you have it. As I’ve maintained, ain’t nothin gonna change until AFF thoroughly cleans up its sleazy affiliate channels.