A family member has been emailing me, raving about the new AOL Explorer.

But it’s still built on Internet Explorer, so it’s NOT an IE replacement.  It’s basically a really nice enhanced version of IE.

Let’s compare.  InsultMonger.com, which urges you to install Zango through a Zango-built Flash overlay, looks like this in IE: 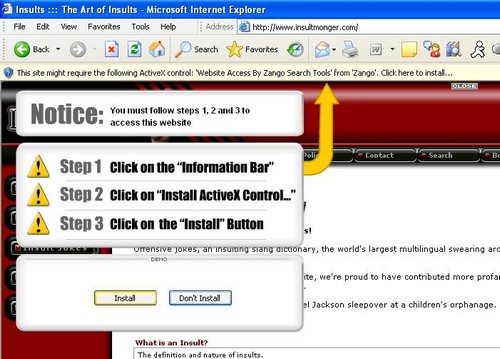 Here’s what that same page looks like in Firefox:

And here’s what that same page looks like in AOL Explorer: 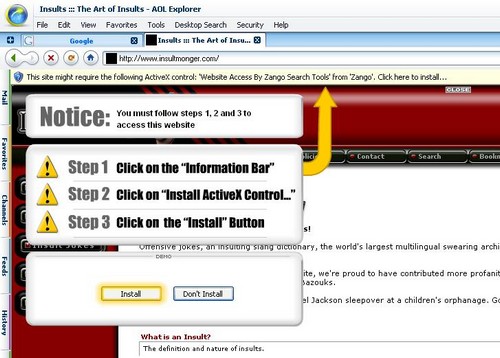 In other words, it’s still IE. If you’re sticking with IE, that’s not some terrible thing, but if you’re moving to an alternative browser for security purposes, you’re probably one step better with AOL Explorer over IE, but you’re still better off using Firefox, Opera or whatever else (maybe even Flock, whenever it ships).