BREAKING — The Julie Amero horror is over 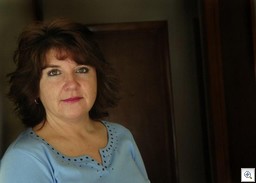 (Photo credits to Rick Green at the Hartford Courant).

After 4 years and 2 months, Julie Amero is now free.

You’ll recall that Julie Amero was convicted of 4 felony counts, each count carrying a maximum of 10 years, for exposing school children to pornography.

The reality is that Julie, a 40–year old, pregnant substitute teacher, found herself in a storm of popups and didn’t have any idea as to what was going on, or how to fix the situation.

Julie leaving the courthouse last June with her husband after the original conviction was overturned.

There were numerous technical errors made during the trial, and I led a team of forensic investigators into analyzing a copy of the hard drive. We ultimately published a report which was used in Julie’s original conviction being overturned, for a new trial last June (I am seeing if I can get the report published).

This afternoon, at an empty Norwich Superior Court, Julie pled to the misdemeanor charge of disorderly conduct, in a deal negotiated by her pro-bono attorney, William Dow.

Her fine was a $100 charge, and her Connecticut teaching credentials are revoked (Julie told me she really doesn’t care, that she has no plans ever to teach in that state again).

I wish the whole thing had been dropped by the prosecution. But that was just not something they were willing to do. And Julie needed her life back.

According to Julie, the courtroom was empty. It was just Julie; her husband, Wes; her attorney, Dow; the prosecutor, David Smith; and the judge, a Judge Young.

Smith continued to say that the State felt that they had enough of a case, but that due to Julie’s declining health, that he and William Dow had agreed to a lesser charge.

Dow told Smith that he’s more than willing to try the case, if the State is still willing.

Smith went on to describe all the terrible things that he believed Julie did. The judge interrupted him, telling him that he was only opening a wound, picking at a scab.

Now that it’s over, I hope this story gets told. Broadly. We can’t have another Julie.

Many thanks to many people for all of their help. There are so many — literally, in the thousands. Walter Hooper, who worked tirelessly with me when this whole thing first broke. Herb Horner, the original defense witness who became Julie’s strongest voice. The pro-bono forensic investigators – Glenn Dardick, Ph.D., Joel A. Folkerts, Alex Shipp, Eric Sites, Joe Stewart and Robin Stuart. Ari Schwartz at the CDT, who helped us immensely getting legal help. The pro-bono attorneys, William Dow, Clint Roberts and… some others that have chosen to remain behind-the-scenes. The many champions, including Rick Green, Randy Abrams, Steve Bass, Ryan Russell, Roger Thompson, Robin and Paul Laudanski, Ray Burns, Phil Malone, Chris Boyd, Eric Howes, Nancy Willard, Merja Lehtinen, Lindsay Beyerstein, Karoli Kuns, Joe Scalia, Frank Krasicki, Charles Neville, Brian Krebs, Bob Johnston, Ben Edelman, AJ Fontaine and so, so many others. I’m blogging fast, so if I missed you — forgive me. It’s not intentional. Just send me a note.

While I wish Julie would have been fully exonerated, this at least brings the subject to a close. The reality is, her health has been in a precipitous decline. I really don’t think she was prepared mentally and physically for the pain of another trial.

She acquiesced to the lesser misdemeanor charge, and while it may have been a bitter pill to swallow, she can at least can move on now without this sick cloud hanging over her head. It was less than two years ago that Julie was facing felony charges with a maximum of 40 years in prison.

Hopefully, we can help other “Julies” who may find themselves in a similar terrible situation.

(The ever-awesome Rick Green is following this closely, subscribe to his blog for the latest news. And my history of posts on the subject can be found here. )