CastleCops under attack from… a trademark troll

You’ve probably heard of “patent trolls”— people or companies whose entire money-making purpose is to sue companies over patents that are questionably related to their own patents.

Well, there’s also trademark trolls.  And one such fellow is Leo Stoller (BoingBoing calls him a “trademark bully”).  Stoller makes money by suing companies over the use of trademarks like “Stealth”, “Chestnut” and “Stradivarius”.

Now, there’s a common misconception about trademarks — that one has exclusive use or ownership over a particular word.  In fact, that’s not correct.  You may own a registered trademark, but that doesn’t stop someone else from using the word, so long as there isn’t the likelihood of confusion.  It’s why (as this New York Times article points out) Delta Faucets and Delta Airlines co-exist peacefully.   Who is going to ever confuse Delta Faucets with Delta Airlines?

The potential opposer holds common law rights and have been using the mark CASTLE for many years, prior to your client’s use of the said mark as a Trademark, service mark and/or tradename. We engage in an active and aggressive trademark licensing program promoting the said mark, and thus invite your client to become a trademark licensee of ours. (Link)

Obviously, CastleCops is not causing any confusion out there with Leo Stoller’s “Castle Brand Products and Services”.   All Leo is trying to do is make some money off the hard-won efforts of Paul and Robin Laudanski.

I have no problem with legitimate trademark actions.  Sometimes there are genuine infringements.

We deal with these kinds of things when we register trademarks, but we can afford to fight tooth and nail if we know we’re in the right, and we enjoy the fight tremendously.

CastleCops, on the other hand, is a small company that is run by a husband and wife team, both incredibly dedicated to fighting the malware and helping users.  They are some of the nicest, most kind-hearted, honest people I know.  And now they have to spend hard-earned money on fighting this troll, as opposed to fighting security threats on people’s PCs.

It’s disgraceful, really.  If you have ideas or words of encouragement for Paul and Robin, feel free to drop them a line.

Oh, and some more links about Leo Stoller: 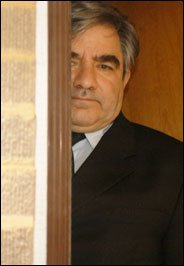