Just because a site is a .gov doesn’t mean it’s safe from harm. A Chinese .gov portal that appears to be for tourism in the Hadian District of Beijing currently looks like this:

The homepage has been bumped out of the way in favour of the following fake login: 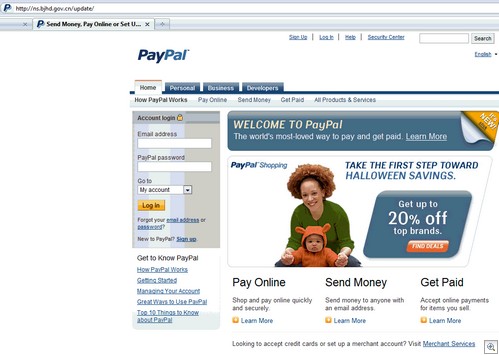 The location of the phish in question is ns(dot)bjhd(dot)gov(dot)cn/update/, and it’s been reported to the admins.