We’ve seen the same trojan being sent to inboxes in all kinds of ways — and seemingly obsessively on the subject of Angelina Jolie. Minor shift, now they’re putting the fake codec window right in the spam. 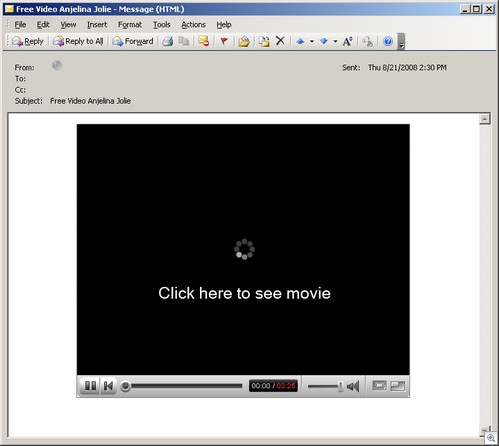