Ever year, Ernst and Young holds “Entrepreneur of the Year” awards, regionally and nationally.  (I was nominated for the award last year in my region but lost out to a smart guy who provides internet access to hotels, while Dave Moll. over at WebRoot deservedly won last year in his region.) The process of winning an award is a bit of a mystery, but one assumes there’s a certain amount of due diligence in the whole process.

Ok.  What is Freeze.com?  It’s a site which tries to load you up with adware and spams you, in return for free screensavers.

A recent test install of a screen saver netted attempts to install products from New.Net, WhenU and the Yahoo toolbar.  It was a cornucopia of fruity, juicy ads blizzard happiness.  Use a product from Freeze.com and you will be awash in sea of happy advertising!  But you’ll have a cool screensaver, so that’s a relief.

Here’s a recent download of one nifty shark screensaver: 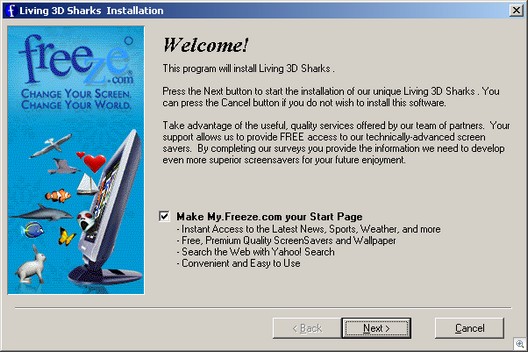 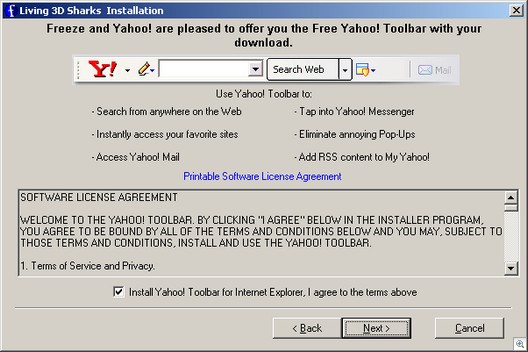 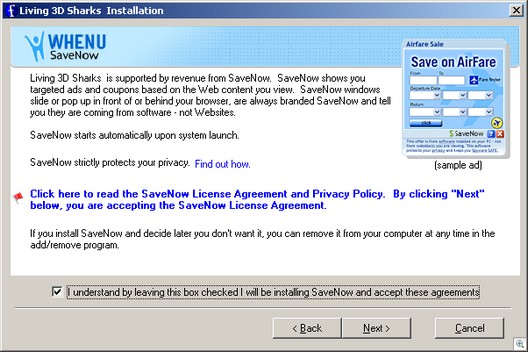 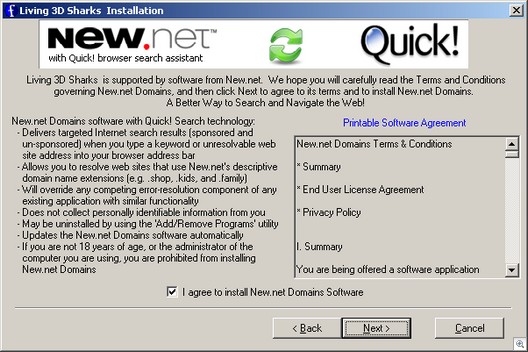 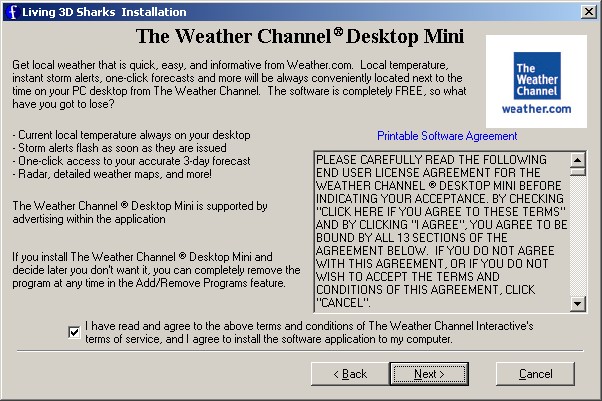 (To their credit, I opted out of all of these offers, and they didn’t install on my machine.  But how many people just click “Next, Next, Next”?)

On my desktop, there was a cluster of beautiful new icons.

These point to Certified-Safe-Downloads, aka Registry Cleaner (rating) and 24/7 downloads (rating) — and a couple of other sites.  (Fwiw, Freeze.com EULA here.)

Anyway, Freeze’s formula has worked.  According to the company,. the company has grown over 400% in the last three years, has been profitable since inception and has 85 million registered users.

Well, what can I say.  This company isn’t a criminal enterprise by any stretch of the imagination.  They’re just a bunch of guys aggressively monetizing free screensavers through advertising.  I just wonder if that E&Yoffice should have given the award to their local guy who does internet access to hotels.