Scammers are attempting to cash in on a recent flood in Cagayan. Bernadette Sembrano, a well known journalist in the Phillipines, is being impersonated by individuals looking to make a little money out of the misfortune of others. 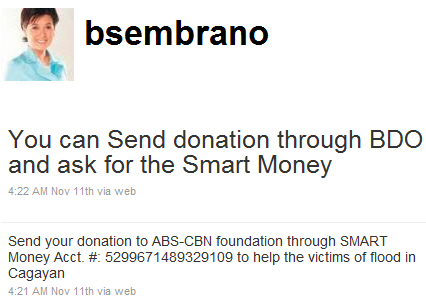 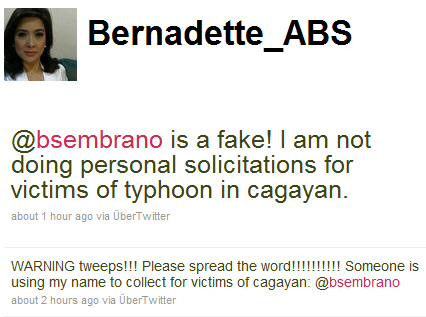 Interestingly, this isn’t the first time the fake account (located at @bsembrano) has asked for money. A quick snap from Google cache confirms this:

While the above smart money account could be theoretically genuine, there’s no information to confirm this from the Twitter page and one wonders why such an account is pretending to be a well known journalist in the first place. It goes without saying, but always check the legitimacy of an account randomly asking for money. The account has 191 followers, which is potentially a lot of victims eager to hand over their money. We’ve notified Twitter of the rogue account and hopefully they’ll look into it shortly.