“I will look for you. I will find you. And I will make you fill in a survey.”

Taken was indeed an excellent film; no doubt Liam Neeson spends most of his time blowing up half of Europe in Unknown, too.

In fact, here he is now looking for all the World like he’s about to lay the smackdown on another collection of hapless European criminals: 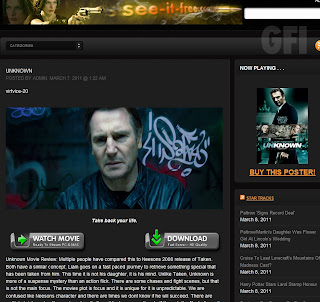 Yeah, people are going to die.

Unfortunately, death-dealing might have to be put on hold. Clicking on any of the numerous links promoting showings of Unknown via see-it-free(dot)com on Twitter (or any of the other movies referenced, for that matter) won’t give you cinematic views of Liam Neeson punching the Eiffel Tower while half of Paris burns.

In fact, clicking the “Buy this poster” link won’t even give you a cool poster (it takes you to a Giant Chinchilla plastic exercise ball on Amazon. Who knew).

What you will end up with, is bingo surveys. 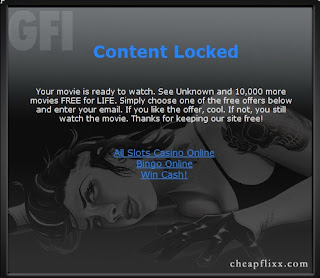 “I wonder if a total lack of content will be your reward for filling in yet another useless survey”, I hear you cry.

You could say that: 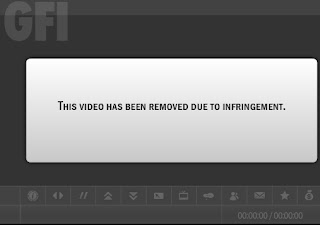 It seems Liam has already killed everyone in sight and had his movie taken down for good measure. While that’s certainly an admirable trait, it doesn’t help anybody who filled in an offer for free iPads / bingo games / celebrity surveys / horoscopes or anything else that tends to pop up on these information hungry content gateways.

Remember: he might not have money, but what he does have is a particular set of surveys; surveys acquired over a long career. Surveys that make him a nightmare for people like you…