I’ll take $100 in chips and some spyware, please 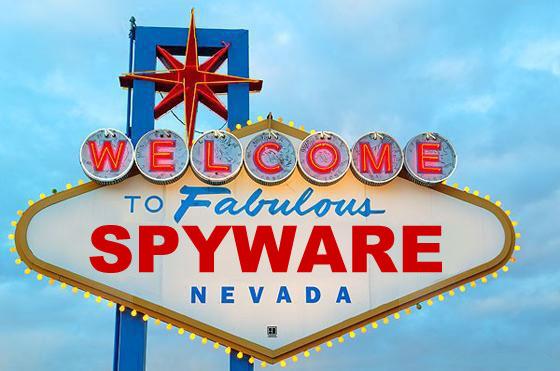 Coming to a casino near you!

Cash Systems has announced patent number 6951302, “covering the Company’s technology that immediately captures and transfers data from a drivers license to a customer database. This technology allows a casino to swipe a patron’s drivers license to complete a credit card cash advance transaction in under 60 seconds, while immediately populating a casino’s customer database.”

But mega casino chain Harrah’s apparently yawns about it, according to an article in CIO Insight.  They already know what’s going on with 80% of their “revenues”:

“Fully 80 percent of our revenues are tracked,” Stanley said. “These individuals generally do need and want to be known.”

But what about the customer who truly want to remain hidden? The Harrah’s CIO said he didn’t see that being a sufficiently large group to care about.

In Stanley’s experience, he said, most customers will simply play on casino credit rather than go for credit card advances requiring driver’s licenses.

…”If somebody is trying that hard to be anonymous,” Stanley said, his voice trailing. “I just think they’re chasing a pretty small number of people.”

He has a point.  You get those casino cards so you can rack up points for the player clubs — maybe get comped something.  So you acquiesce to spyware in a sense, but I doubt most people even understand that they are being tracked with those player cards.

Well, with this technology you want a cash advance on your credit card, you give your driver’s license and get put into the casino’s CRM system.

Personally, I generally pay cash for my chips.  Hey, use the ATM machine, get the cash, spend it.  That’s not because I’m paranoid.  I just could care less about using those “player cards” (when/if I become a high-roller, I will certainly make it known to the casino ;-)) and don’t get cash advances off my credit card for gambling!