The debate is continuing over Facebook’s lack of concern for users’ privacy and strangely difficult procedures for managing users’s privacy settings.

Graham Cluley at the UK AV firm Sophos (http://www.sophos.com/blogs/gc/) drew the world’s attention to the fact that the Google Trends page is showing a spike in searches for the string “delete Facebook account.” The spike is still getting steeper.

What it shows is that there are nearly 30 times as many searches as there were at the lowest period represented in early 2009. It doesn’t say what the absolute numbers are, it just shows a huge increase in the RATE. If one person ran the search in 2009, there could be only 30 people checking it this week. It also doesn’t indicate if the Googlers are finding anything useful or actually deleting their Facebook pages.

Meanwhile, the Diaspora group (http://www.joindiaspora.com/) four college students who set out several weeks ago to raise some cash to support themselves while they write a “the privacy aware, personally controlled, do-it-all distributed open source social network,” are getting far more pledges of support than just the $10,000 they set out to raise: 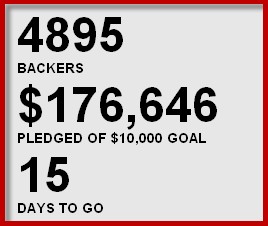 A protest site QuitFacebookDay.com (http://www.quitfacebookday.com/), meanwhile has begun pushing the idea of users leaving Facebook. As of this afternoon, 3,466 people had committed to quit.

But, the big number

To put all this in perspective, we have a headline from the AllFaceBook.com blog (which is not connected to Facebook): http://www.allfacebook.com/2010/05/facebook-prepares-to-announce-500-million-users/#more-14403

Nick O’Neill writes there: “Facebook is working on plans for their 500 million user celebration, projected to take place at some point before the end of June.”

“Before the end of this year, the company should near the 600 million user mark and surpass $1 billion in annualized revenue.”