Is this freshly minted Microsoft MVP actually an adware pusher?

“Patchou” (aka Cyril Paciullo) has just been given Microsoft MVP status.  Worthy of congratulation, except… Patchou got his fame through a program called Messenger Plus!, which has the option of installing LOP (a not-so-pleasant piece of adware).

Note that he does give the option to infect your machine (and quite politely, at that). But it’s still LOP. 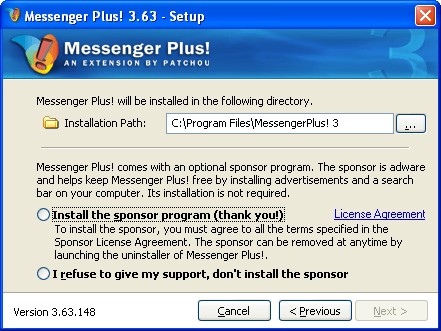 And here’s what a typical LOP popup looks like after having installed Messenger Plus: 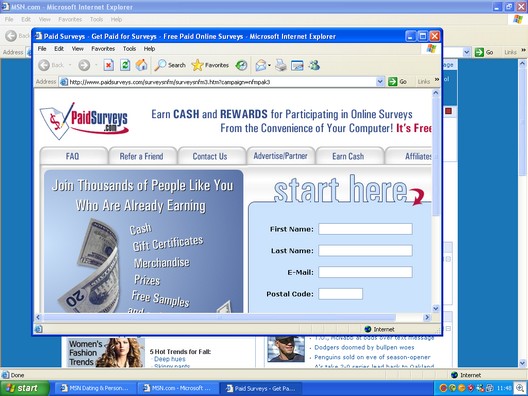 Not even an indication that it’s coming from LOP — unlike even Zango or WhenU, who at least tell people where the pop-up came from.

And then when you go to Add/Remove programs, you don’t see it either.  Instead, it’s lumped together with Messenger Plus: 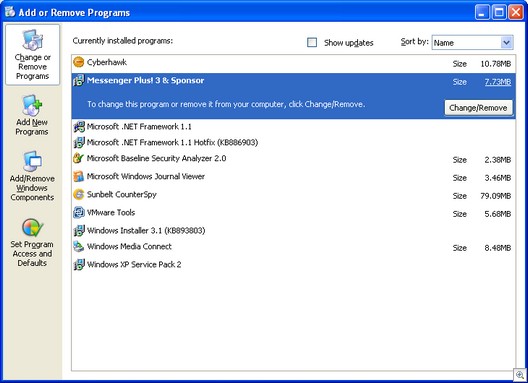 And here’s a cute little addition to the mix.  There’s a bunch of icons installed with LOP, like this:

Notice that “My Antivirus Update”? What a misleading icon, because this crap is what you actually get:  A fake McAfee-looking page doing the age-old scam of “click here to test your CD-ROM Drive”. 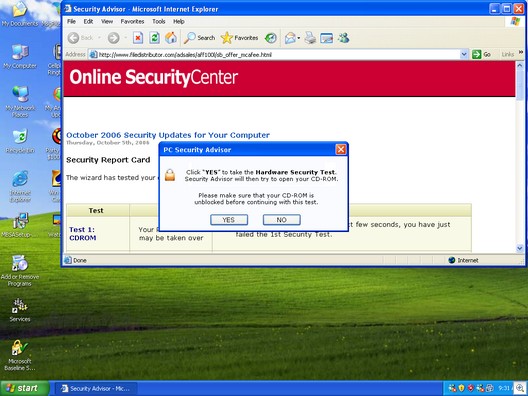 And this has all has made at least one highly respected MVP quite unhappy.