If you write about malware, how many times a day do see something like this? 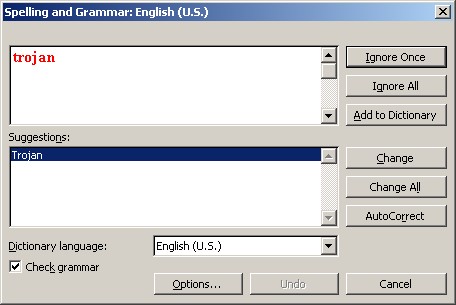 There’s absolutely no sound grammatical reason to consider the word “trojan”, in the context of malware, a proper noun.

This capitalization came from the original long-form, Trojan horse, which become shortened to “trojan”.

Spell checkers aren’t wrong to recommend capitalizing the word, since it very well could be a reference to a citizen of Troy (a Trojan), the Trojan horse, or even the USC Trojans. But I see no technical reason to capitalize the word itself in the context of malware, since it’s clearly a common noun.

One would capitalize Trojan when using the compound “Trojan horse” in the context of malware, given that this is the use of the original proper noun in an analogous context.