We’re seeing quite a few posts on various social networking sites such as Facebook regarding a program that claims to hack the guts out of Modern Warfare 2 on XBox, Playstation and PC before turning you into an unstoppable super soldier of doom. 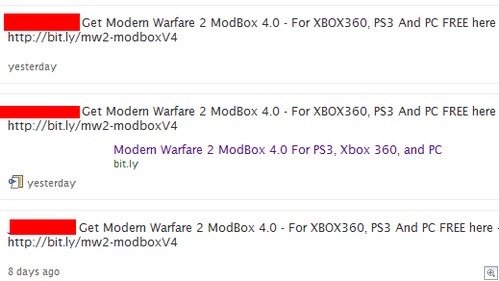 The “program” is called ModBox, weighs in at 319KB and is completely useless. That doesn’t matter to the creators, who have put up a number of blogs promoting not only the program, but fake “past versions” of said program too: 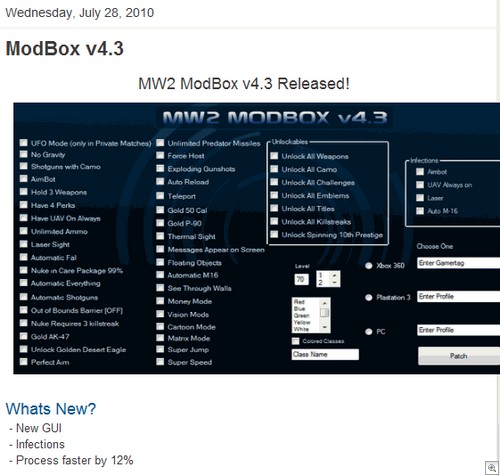 All very convincing to the average gamer in need of a quick cheating fix.

To get your hands on the program, they follow the well worn tactic of asking you to spam the living daylights out of Facebook, then fill in a Sharecash survey.

28,220 people have hit the “Like” button on Facebook for this so far. I wonder how many of them still liked it after signing their life away to surveys only to see this on the desktop:

Can you say Boom, Headshot?