Nobody said Facebook app advertising had to be in good taste.

In the pantheon of fabled people whose stories are used to attract Facebook users to survey/contest/quiz apps ($9.99 billed to your cell phone), the guy who “killed his roommate aftre (sic) Playing Black Ops games in New York” has just joined the various women who killed themselves after their father/boyfriend/whoever posted something about them on FB. 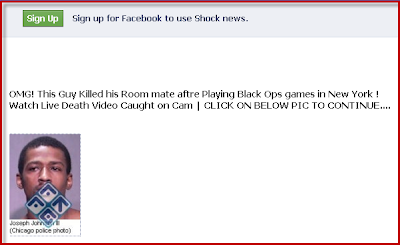 And at this point you can see where this is going: 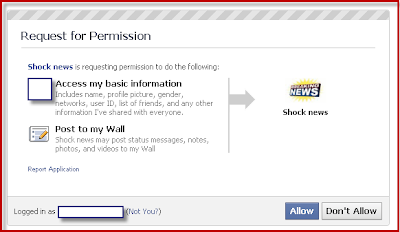 It uses your Facebook account to spam itself out to all your friends. At this point you are a vector. 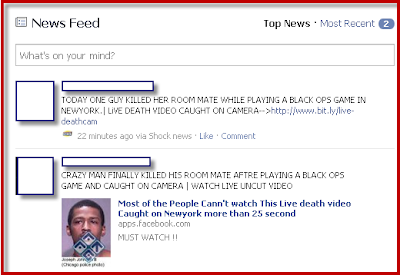 Then it presents some lurid warnings: 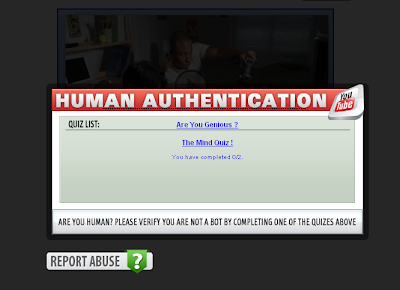 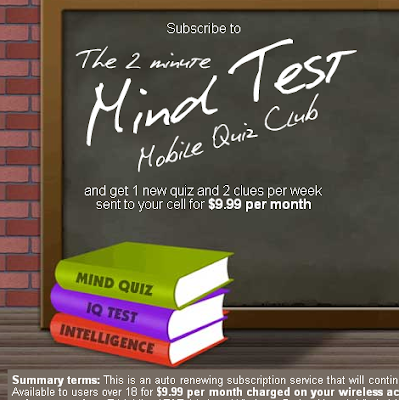 I’m not sure that anyone falling for this COULD buy a clue.