PhotoShop in the news

PhotoShop is now in the news after a photographer at Reuters (probably a freelancer) seemingly faked a picture of a bombing in Beirut.

The photo was obviously hacked, and very poorly at that.

And here’s the actual picture: 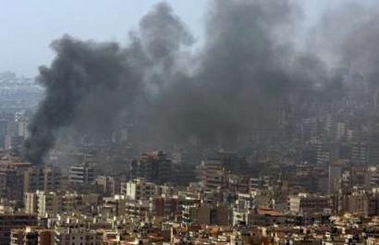 And who exposed it?  A few people on the Internet, apparently starting with a blog post at LittleGreenFootballs.com.

Power to the people.

Update:  Photographer says he was “trying to remove dust marks”.