Patrick Jordan found this one today:

Looks like the Firefox warning page (in Internet Explorer), but with a difference. Clicking leads to this: 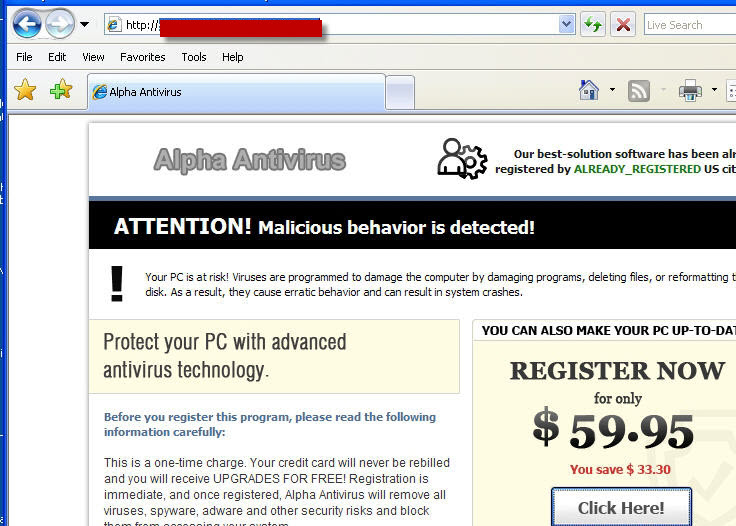 Which goes to the payment screen: 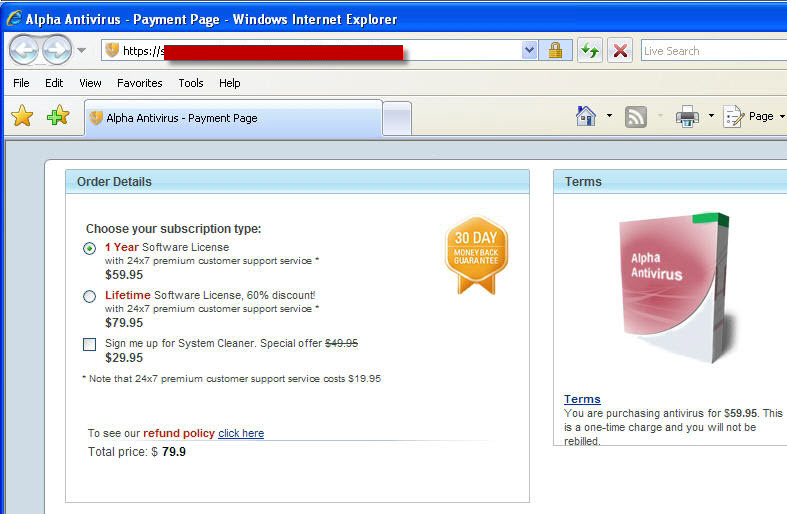 What makes research on these rogues very challenging is the fact that they swap the download web sites about every six hours.

Thanks to Patrick Jordan