Email and social networking sites might be a global phenomena, but English remains widely used in URLs and elsewhere on the Internet. In the English verbiage in malicious email, URLs and web sites there are words that instantly raise red flags to native speakers. However those red flags may not wave for those who speak no English or it is their second language. Here is yet one more example.

It starts with a Facebook post with a picture of a cute girl (not shown since the photo might be misappropriated) and a link to what looks like Facebook chat. The hyphens that are used in the URL instead of periods should be one giveaway. The fact that it’s a URL with a country domain TK should be another giveaway (probably in any language). That’s Tokelau, a territory of New Zealand in the South Pacific.

So the unwise Albanian Web user, seeking to chat with a pretty girl in Tokelau, possibly thinking she’s in Turkey (country domain “TR” ) , goes to the site:

The Facebook page is initially grayed out, so the average computer user clicks on it. The gray goes away. However, if he (and you can be sure this would be a he) watches the browser bar, the site has redirected to: http://h1.ripway.com/hacker1992/login.php. 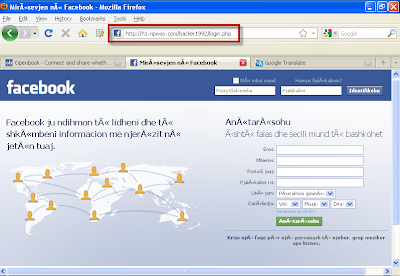 Oh, that’s just adding insult to injury – actually putting the word “hacker” in the URL – assuming you know enough English to recognize the word “hacker” and know the implications. Of course “ripway.com” is almost as blatant.

The ripway.com site was registered yesterday with an address in Highlands Ranch, Colorado.

Google Translate says the language is Albanian. You can be sure it’s a scheme to snatch email addresses and Facebook logins of Albanian-speaking Facebook users or get them to set up new accounts AND snatch their information: 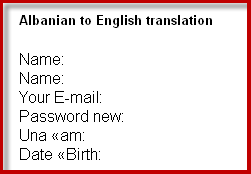