Seen in the wild: Another rogue Google site

Came across this one doing some spyware testing today (it was popped up from a nasty site).    Using basic iframe tags, it looks like Google, and it is Google, but with some slight differences.

The sites whole purpose is to contact another site to display an advertisement, which is actually set to be so small that you’ll never see it, but the owner of this fake Google site will still get paid for displaying an ad.  Basically, a way to rip off advertisers. 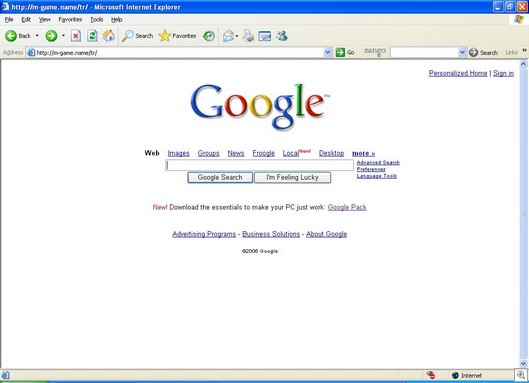 To wit, the html code from the page:

So here’s the scam: The perpetrator signed up as an affiliate with SearchMeUp (part of UmaxSearch).  He then links to a search result, which results in the advertiser being charged for a click-through from SearchMeUp.  He conveniently bypasses any blocklists (since he’s in with a rough crowd that is likely on the bad lists of even the gray-area advertising community) because his site (at this point) is innocuous.  The end user never sees any ad, because it’s hidden in the fake Google page.