(This is supposed to be a G-rated blog, but my first response to this was: WTF?)

We see all kinds of stuff. 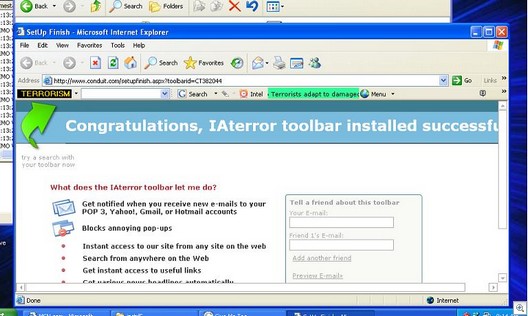 It’s a “terrorism” toolbar made by Conduit (formerly EffectiveBrand) and distributed by an apparent security firm run by a fellow who advertises himself as “Internet Anthropologist”.

A little moving ticker of “Terrorist Events” gets installed up at the top.

Each ticker is linked to an article like this one:

And the Intel button links to this page: 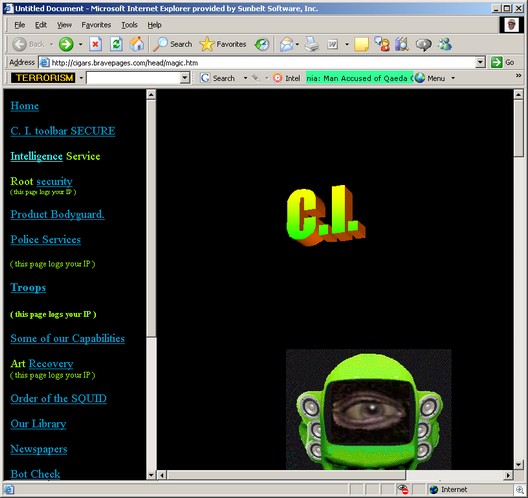 And check out the pull-down menu:

But serious antiterrorism folks need a rest, too, right?  No problem! Notice “Our Jukebox”?  It’s linked to a collection of YouTube music videos so you can “listen while you work”. 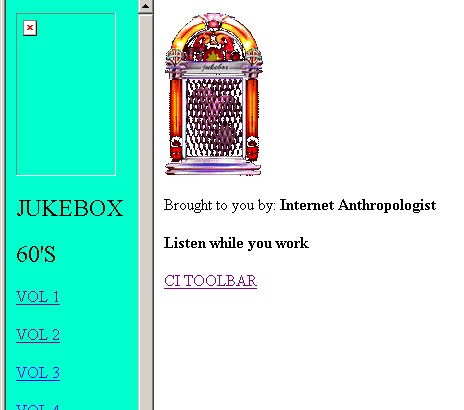 The toolbar can be downloaded from a site that is run by “Gerald”, who calls himself “Chief Forensics Computer Researcher (tracking & Research)”. His background is as an “ex-Private Investigator, former Stockbroker ( series 7 and 13 ), and Degreed Internet Anthropologist ( study of how Internet culture works).”  There’s even a  Powerpoint available on his company.

An example of some of the text on his site:

Inputs to major US Intelligence services, Pentagon OASD/C3I/ITD (OSD-DOM) , and NIPR.mil and Air Force Sec, and Army signal command, and SSG/SWSN, and can serve as a untracable conduit for data from Information Brokers.

NOTE: We have chose not to use a Domain name/url for security reasons. A DOS (denial of service) attack takes several hours to set up, a NON-domain URL takes 10 min. to change, it takes weeks to change a Domain URL. Any questions, you can email US.

But what, there’s more! There’s even a link to another toolbar in the product, a police toolbar! 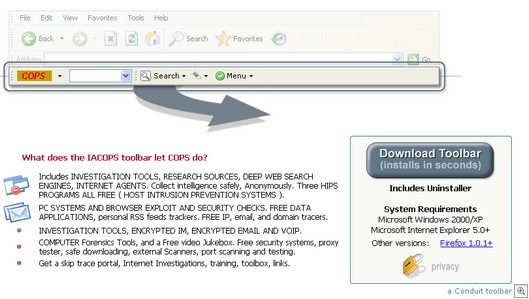 This terrorism toolbar looks harmless enough and is distributed by an apparently well-meaning fellow.   In fact, there’s probably even some useful links in the toolbar if you’re really into this field.

Like I said, we see all kinds of stuff.