Toy Story 3 is romping across cinemas Worldwide, and rightly so – it’s the best of the series by far. I thought it might be worth pointing out that being a product aimed at children doesn’t exclude it from internet shenanigans.

If you have young children online who are partial to searching for Toy Story material, you might want to warn them about some of the below scams. One of the most popular tactics is advertising the “full movie” on Youtube, but directing the end-user to a bunch of surveys instead: 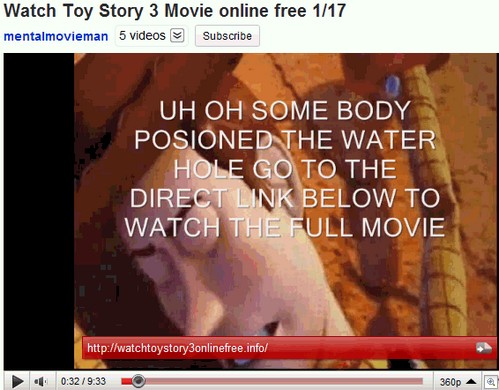 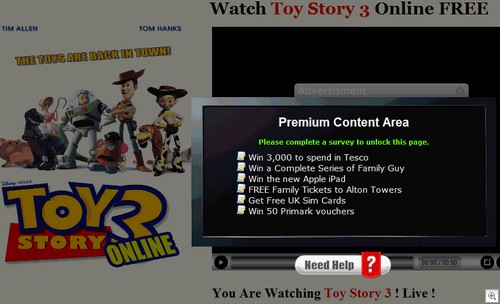 The Toy Story 3 game is also a juicy target for these scams: 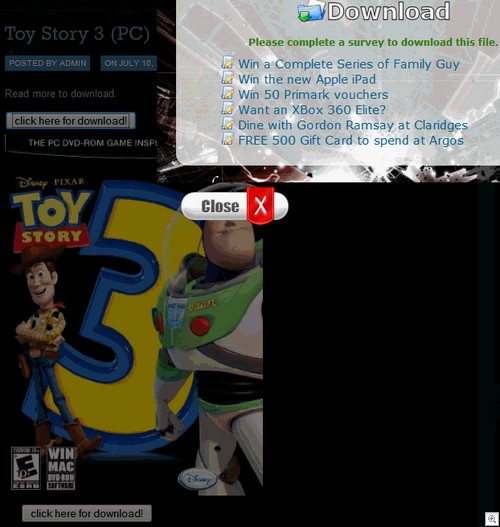 I’m almost certain your child does not want to dine with Gordon Ramsay at Claridges, but what do I know.

Many of the sites promoting these online versions of the film seem to use advertising networks that are a little more adult than most. Let’s break it down: 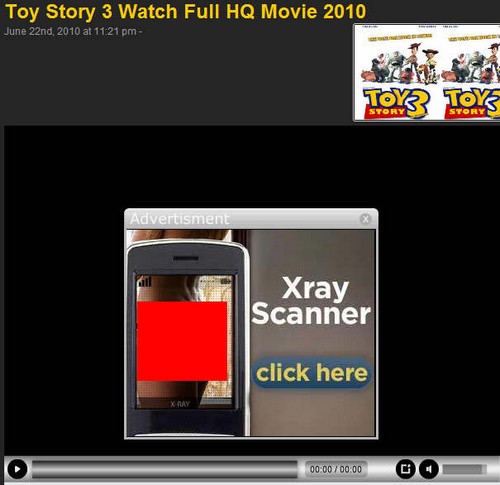 The above funfest all launched from the same site – wegotbest(dot)com – with popups contained inside the Flash player, gambling adverts popping out of the website itself and eventually throwing up a survey after the site had been inactive for ten minutes.

Amazingly, the survey didn’t contain any nudity. So there’s that.

We’ll round things off with websites asking you to install programs. Thankfully it seems the scammers out there aren’t pimping infectious “Buzz Lightyear.exe” files just yet, but they’ll still try and make some installation affiliate cash regardless.

This site is another one offering up the Toy Story 3 game:

What’s the gag here? Well, hit the download link and you end up with the below folder on your PC:

That’s right – you have to install a toolbar from their frontpage, and after installation a magical message will appear and the fifth word will be the password to open up the zipfiles.

In practice, all I got was the below translation software and not a magic password in sight. 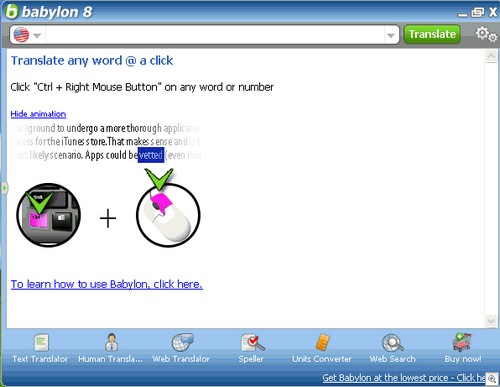 Don’t you just hate it when that happens?

Anyway, those appear to be the most common scams where Toy Story 3 is concerned right now. Sites asking to install programs in return for the Toy Story game or movie should be avoided, along with any promises that sound too good to be true on Youtube. Ensure your children stick to those rules and your PC, personal information and sanity will hopefully remain intact.