The demonstrations that are roiling countries in North Africa and the Middle East are being extensively broadcast: on various social media channels.

If you do just a bit of searching, the amount of data and photography contributed by the crowdsourcing is vast. You can follow the action pretty much as it happens on the Twitter channel #PearlRoundabout where a number of people are photographing the demonstrations and posting their observations and links to the photos on yfrog.com and plixi.com, among other places.

Here are some photos from Pearl Square that were posted about 10 a.m. (EST) this morning (click on photos to enlarge): 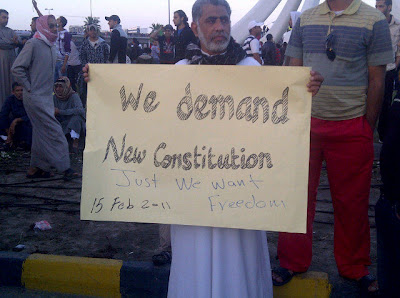 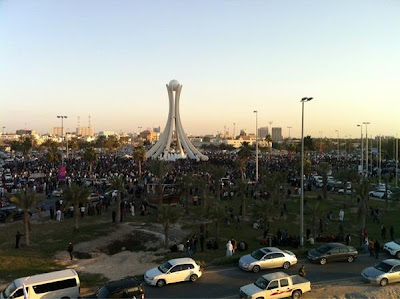 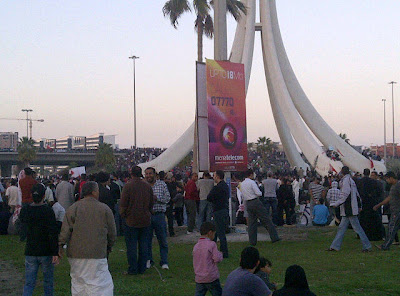 And Twitter traffic on #PearlRoundabout gives a up-to-the-minute narrative of onlooker’s observations.

The open question is: to what extent are the crowds being organizing through social media channels? Are these “Facebook revolutions” or just your old garden variety revolutions?