What happens when you really scare people 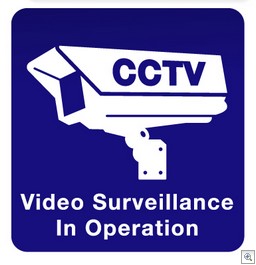 Over the weekend, we learned that over 70% of American citizens support the increased use of surveillance cameras.

I know that some may believe cameras are harmless and arguments for and against them have been made by many people. I won’t get into the debate on this blog.

However, I see these survey results as a manifestation of the culture of fear of our society which is driving people to accept the continual degradation of their individual freedoms. More troubling is that we’ve seen this occur historically, to the detriment of society.

Our current culture of fear is largely manufactured. As an example, studies have shown that in some areas, where murder rate might be down, people think the murder rates are actually up. The reason? The media continues to report on the garish, the gruesome, the horrible, while largely ignoring the good. Also, these violent crimes are usually in particular areas, but they may be generalized over a broader area.

Really, how dangerous is your neighborhood? You watch the news and you could become terrified. But you go outside and walk your street, and you see something completely different. What’s the truth? It’s what you personally observe. And you’ll find that it’s generally at odds with what’s reported.

I lived in Los Angeles during the period when there were a number of drive-by shootings. Many people considered Los Angeles an extraordinarily dangerous place to live — as if simply driving was an invitation to get shot. Of course, this was nonsense. The danger from driving in LA is bad drivers. In 20 years of living there, I never saw a gun. Ever. And I drove a lot.

I also work in the security business, where I see gruesome stuff with an almost tiring routine. But I do know things have been getting a lot better for users over the past several years, with better protection in the operating system, government and other legal action against spyware companies, and better security software.

Am I some Pollyanna, believing that all is sweetness and light? Of course not. I’ve seen and been through some pretty rough stuff myself. But in all societies, for the most part, the bad is greatly magnified over the good.

In a way, we’re smarter now, because we have more than Hearst, Luce, and three television networks controlling our access to information. But fear has taken its grip.

In the end, the answer to Bad Things Happening is not reducing individual rights. One of the better essays on one historical aspect of this subject is by Robert Harris, writing about the “Pirates of the Mediterranean”:

“In the autumn of 68 B.C. the world’s only military superpower was dealt a profound psychological blow by a daring terrorist attack on its very heart. Rome’s port at Ostia was set on fire, the consular war fleet destroyed, and two prominent senators, together with their bodyguards and staff, kidnapped.

The incident, dramatic though it was, has not attracted much attention from modern historians. But history is mutable. An event that was merely a footnote five years ago has now, in our post-9/11 world, assumed a fresh and ominous significance. For in the panicky aftermath of the attack, the Roman people made decisions that set them on the path to the destruction of their Constitution, their democracy and their liberty. One cannot help wondering if history is repeating itself.”

I hope that reason and rationality will prevail, and that I won’t have as a legacy to our children a place where they cannot live and think freely, under the constant watchful eye of cameras, wiretaps and other intrusions — all in the name of “safety”.