Why “I’ve got nothing to hide” is a ludicrous argument

As privacy is a related subject to security, I often write about this issue, usually about what I believe are dangerous encroachments into the area.

Invariably, I get angry readers who decry my laments, seeing me as not understanding the “realities of the post 9/11 period”, or other such histrionics.

However, in answer to that, I can only say that those who argue for more governmental authority to peek into our lives are, effectively, arguing for a significant increase in governmental power — a surprising position for people, many of whom view themselves as political conservatives. 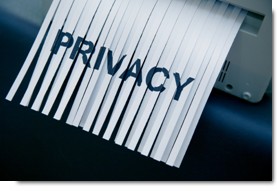 It’s also an argument to effectively give up rights to the very institution (the government) that is historically infamous for its inability to deal with privacy in any acceptable manner. Furthermore, experience teaches us that rights once renounced (and a tacit acceptance is, effectively, a renouncement) don’t come back easily — if at all.

I’m obviously not in favor of seeing terrorists running around, but good security doesn’t necessitate a frontal assault on rights.

In the US, we have a constitution which reasonably defines privacy rights in the 4th amendment. For others, there is the Universal Declaration of Human Rights (such as Article 12), which even the US government has described as enumerating the inalienable rights of people. (Inalienable is a key word here, meaning a right that can’t be taken away.)

But in the end, we’re fundamentally dealing with a problem of logic. Arguments against our inalienable rights are often predicated with something like “terrorists are all around us, therefore we must live with the hard cold realities that we have to give up our rights, our lives will just have to be a little less free, we’re going to have to suffer more”, etc.

Putting aside the numerous historical lessons, these arguments are flawed for a number of reasons. But few have taken on the full implications of it in a satisfactory academic fashion.

Recently, Professor Daniel Solove Of George Washington University Law School (who also blogs on Concurring Opinions) wrote an excellent logical overview of the statement “I’ve got nothing to hide”:

Whether explicit or not, conceptions of privacy underpin nearly every argument made about privacy, even the common quip “I’ve got nothing to hide.” As I have sought to demonstrate in this essay, understanding privacy as a pluralistic conception reveals that we are often talking past each other when discussing privacy issues. By focusing more specifically on the related problems under the rubric of “privacy,” we can better address each problem rather than ignore or conflate them. The “nothing to hide” argument speaks to some problems, but not to others. It represents a singular and narrow way of conceiving of privacy, and it wins by excluding consideration of the other problems often raised in government surveillance and data mining programs. When engaged with directly, the “nothing to hide” argument can ensnare, for it forces the debate to focus on its narrow understanding of privacy. But when confronted with the plurality of privacy problems implicated by government data collection and use beyond surveillance and disclosure, the “nothing to hide” argument, in the end, has nothing to say.

You can read the complete paper here (via BeSpacific).