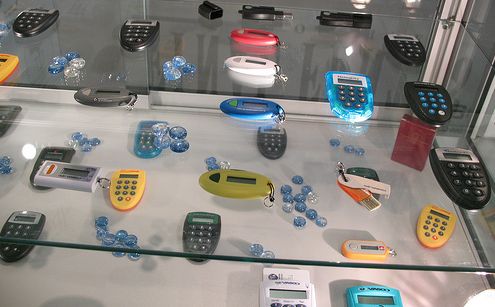 You may be wondering why I have a photo of a bunch of pocket calculators up above (a photo that I took myself, copyright fans). Well, they’re actually authentication devices for various PC games, which are designed to give an additional layer of security to your online ID:

The World of Warcraft authenticator is rather popular with anyone that takes their MMORPG (Massively Multiplayer Online Role Playing Game) action seriously. Well, it seems a scam from November 2009 is back but with an alarming twist: World of Warcraft players are reporting that the new infection file is managing to intercept login data (thus getting around the authenticator) and send it elsewhere, by means of a “Man in the middle attack” according to Blizzard Technical Support:
http://forums.wow-europe.com/thread.html?topicId=12730404058&sid=1&pageNo=1#15

Some more info at the following links, including some victims of the attack:
http://forums.wow-europe.com/thread.html?topicId=12730404058&sid=1
http://www.mmo-champion.com/news-2/authenticator-accounts-hacked-icc-quests-crimson-deathcharger/
http://www.worldofraids.com/topic/15642-authenticator-keylogger-source-fake-wowmatrix-website/

The sites (advertised in Google Adverts such as the one below):

And you should probably consider avoiding them for the time being. The sites do pretty much the same thing as the scam from last year – ask you to download a fake application, run it and give yourself a very bad day. Some screenshots: 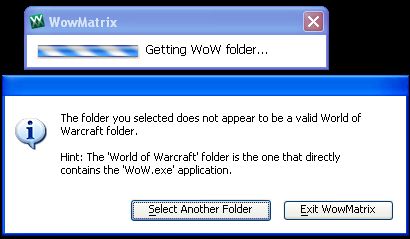 Finally, this is the file you do NOT want on your PC:

Emcor.dll is apparently the source of so many woes at the heart of this story. This is obviously a bit of a fresh one, so more information will no doubt come out in the wash as time goes by. For now, be extremely careful what you’re downloading – as the Blizzard Support guy says, “No method is ever 100% secure”.